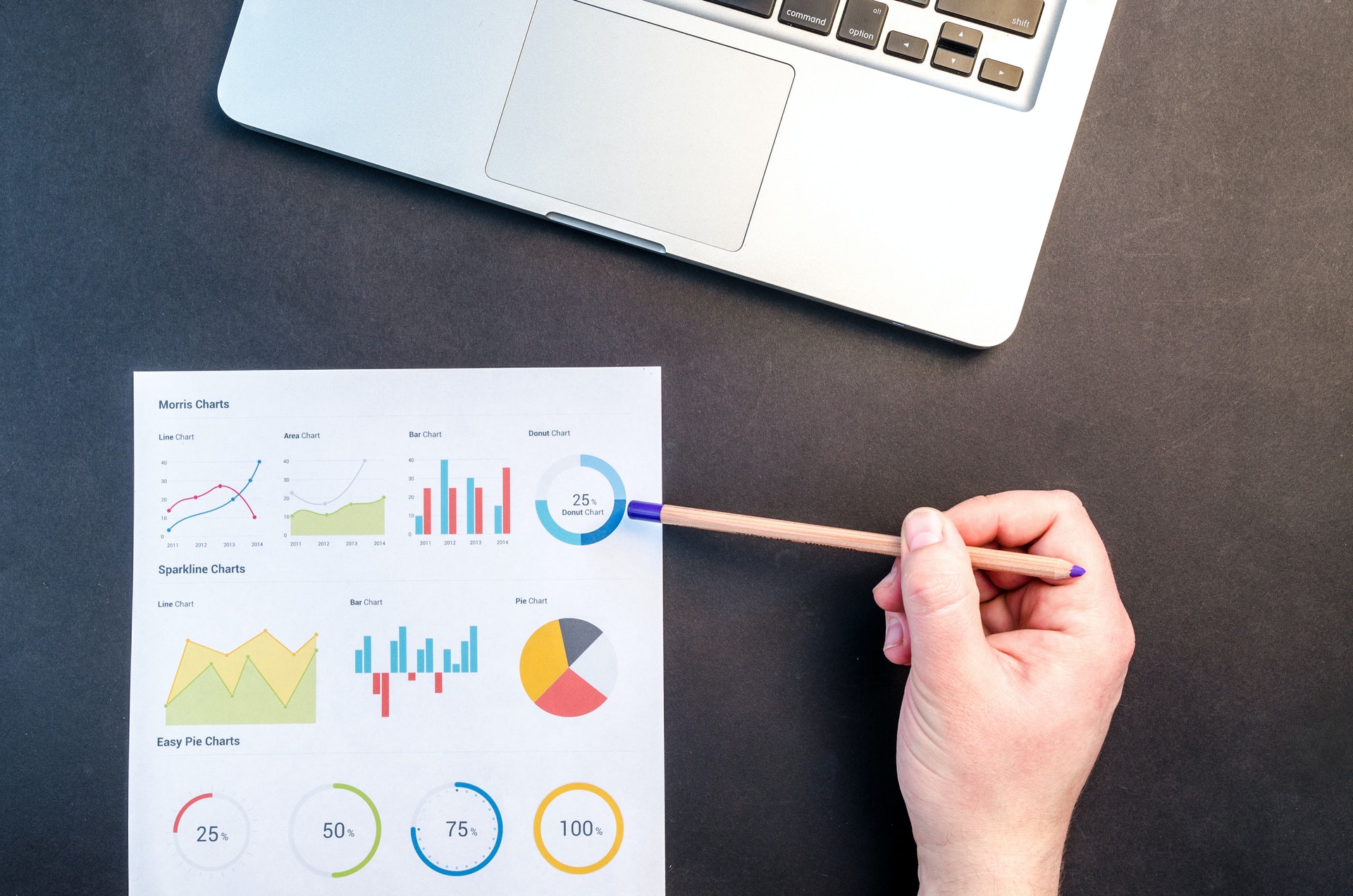 The Covid-19 pandemic may have brought too much damage to the world’s economy but if there’s any industry which benefited from it then e-commerce is surely a good candidate. Online shops have prospered during the 2 years of one of the world’s worst pandemic ever and it’s going to flourish even more in the coming years.

But of course, just making bold claims through words won’t really prove that much in actuality. That is why it’s important that you’re able to read and see the real statistics in order to really make sense of it. To see is to believe as they say and in this article, we’re going to show you the top 20 awesome statistics which Shopify has been able to achieve in all the years since its inception. Why is Shopify a good platform choice? Here are some statistics that will justify that:

This may not be enough to take Shopify to the top especially because of the big gap between 11% and the 28.24 percent that WooCommerce has but overall, this is a good sign of momentum. The company’s market share especially has been on the near 11 percent rating for a long time now and it won’t be long now until we see a much bigger increase in the long run.

2. More Than 50 Percent of Stores That Run On Shopify Actually Get Repeat Purchases

Another awesome statistic that actually spells good news for those who are looking for a feasible e-commerce platform, one that really brings in both new and old customers to make a continuous stream of orders is the fact that over half of Shopify stores actually achieved success in getting repeat orders. This means that the e-commerce platform really does its job in attracting previous customers to go back and make repeat orders.

When you got more loyal customers, you will actually be enjoying more repeat orders and a smooth flow of new customers which loyal customers are able to convince. That’s how effective Shopify is but of course, you can get even better results when you employ some other marketing strategies and techniques.

3. Shopify Plus Holds 3 Large Industries Which You Can Delve In

Choosing Shopify will also expose you to many different industries and businesses which you never though would make money way back 10 years ago. The top three industries which Shopify rules include the following:

All of these industries are feasible avenues for business and the great thing about them is that you can easily find suppliers that offer products related to the industries themselves. There are several popular retail, fashion and computer software businesses out there that run on Shopify and all of them has been successful so far.

4. There Are Over 26,000 Existing Merchants Who Were Able to Bring in New Partners to Shopify in 2021

Talking about referral and strong market presence, Shopify has it and its influence continues to grow by the day. This is because of all the statistics that we’re going to reveal in this list and the great performance that Shopify itself delivers. Finding new people who would be interested in using a particular product really takes effort but if the product itself is already famous and is well-known for many positive accolades, attracting sure buyers/partners is going to be a breeze.

5. Businesses That Use Shopify Saw Their Online Sales Increased by 50 Percent in 2019

This is especially significant when compared to merely 21 Percent which was achieved by the global market within the e-commerce space. This means that Shopify stores are seeing a rise in sales and that is but normal especially because of the pandemic. This is a trend that is most encouraging and current projections and patterns actually reveal that this is going to see a continuous improvement in the coming days.

6. Monthly Recurring Revenue of Shopify Has Increased to 48 Percent

This is just another encouraging statistic since it reveals that merchants who chose to use Shopify really love using not just its free version but also the paid ones. When customers don’t mind about paying and shelling-off money for a particular service then it means that the service itself is able to address all of their needs. Now that’s something that is note-worthy especially that you’re looking for the best e-commerce platform.

7. 2019 and 2020 Has Brought In a Significant 52 Percent Increase in Shoppers Who Purchase Stuff from Shopify Merchants

Because of the over 2 million merchants that are using Shopify, there’s also been a significant increase in the number of customers that actually purchase from online stores that use Shopify as their platform. The pandemic sure has something to do with this but it does not mean Shopify isn’t effective at all. The fact alone that the number of Shopify merchants doubled when the pandemic started actually says it all. It truly is a great tool for every business that is thinking about selling their products online.

8. Over 2 Million Merchants and Businesses Already Use Shopify

2 million isn’t a joke at all. It is a great number that also requires great responsibility and thankfully, Shopify is able to provide those things with ease. The company itself has made several pronouncements about the significant increase in the number of merchants coming from 175 countries. That’s how popular Shopify actually is and if you fall into any trouble, you can simply and easily contact customer support and this is a contributing factor why more and more people really love using the service.

This isn’t really about the money but about success. The important thing that we want to emphasize in this article is the fact that Shopify continues to rule the e-commerce space even with the presence of strong competitors. For instance, from Q1 of 2019 up to the Q1 of 2020, Shopify was able to make revenue of $470 million just within those quarters involved. That is a good achievement but nothing that really surprises us because Shopify has been doing these record-breaking achievements even in the previous years. And there’s no sign whatsoever that it’s going to diminish soon.

10. Shopify Was Able to Bring in And Contribute A Staggering $319 Billion into the Global Economy

Now that’s a big amount of money which not all industry or company is able to contribute to the global economic activity. It is a fact that a large number of businesses are already making the move towards global selling via e-commerce and Shopify remains as one of the top platform of choice. This is something that really needs to be considered when choosing an e-commerce platform to run your shop on and if this doesn’t convince you into using Shopify yet then no other statistics will.

As you can see, Shopify continues to be one of the top contenders out there in terms of the best e-commerce platform of all time. The combination of simplicity and ease-of-use along with the wonderful apps that it allows to run within its platform makes it a productive management suite for every kind of business or product that can possibly be sold online. But of course, things are still bound to fail if you lack focus and effort.

Your online shop won’t grow by itself that’s why you need to do some strategies and learn some tricks to make it prosper. We share a lot of those tips and tricks in here so be sure to go through our blog posts to learn more and add up to your own arsenal of business development methodologies. Accessing them is free so be sure to take advantage of each one on your free time. 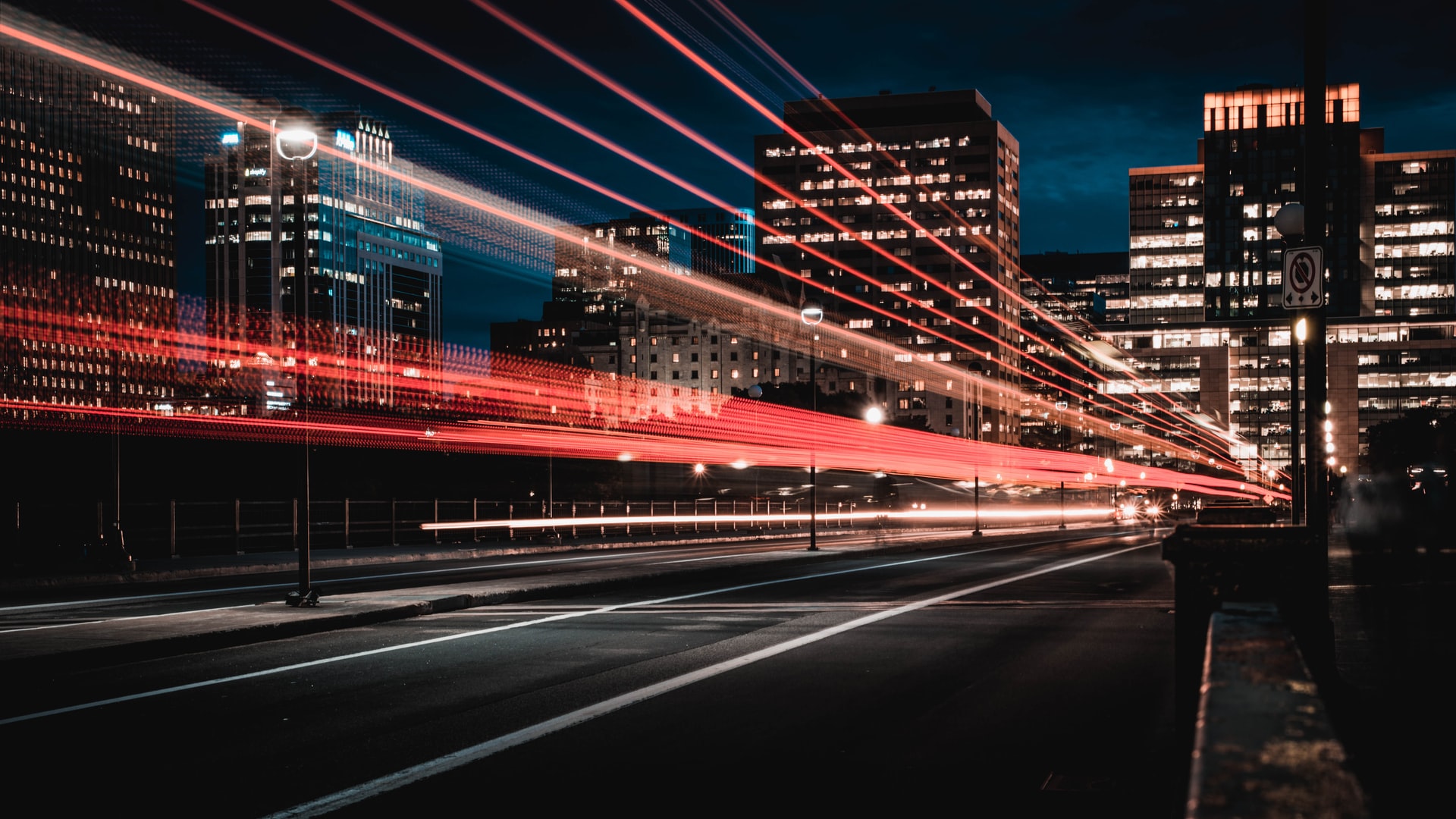 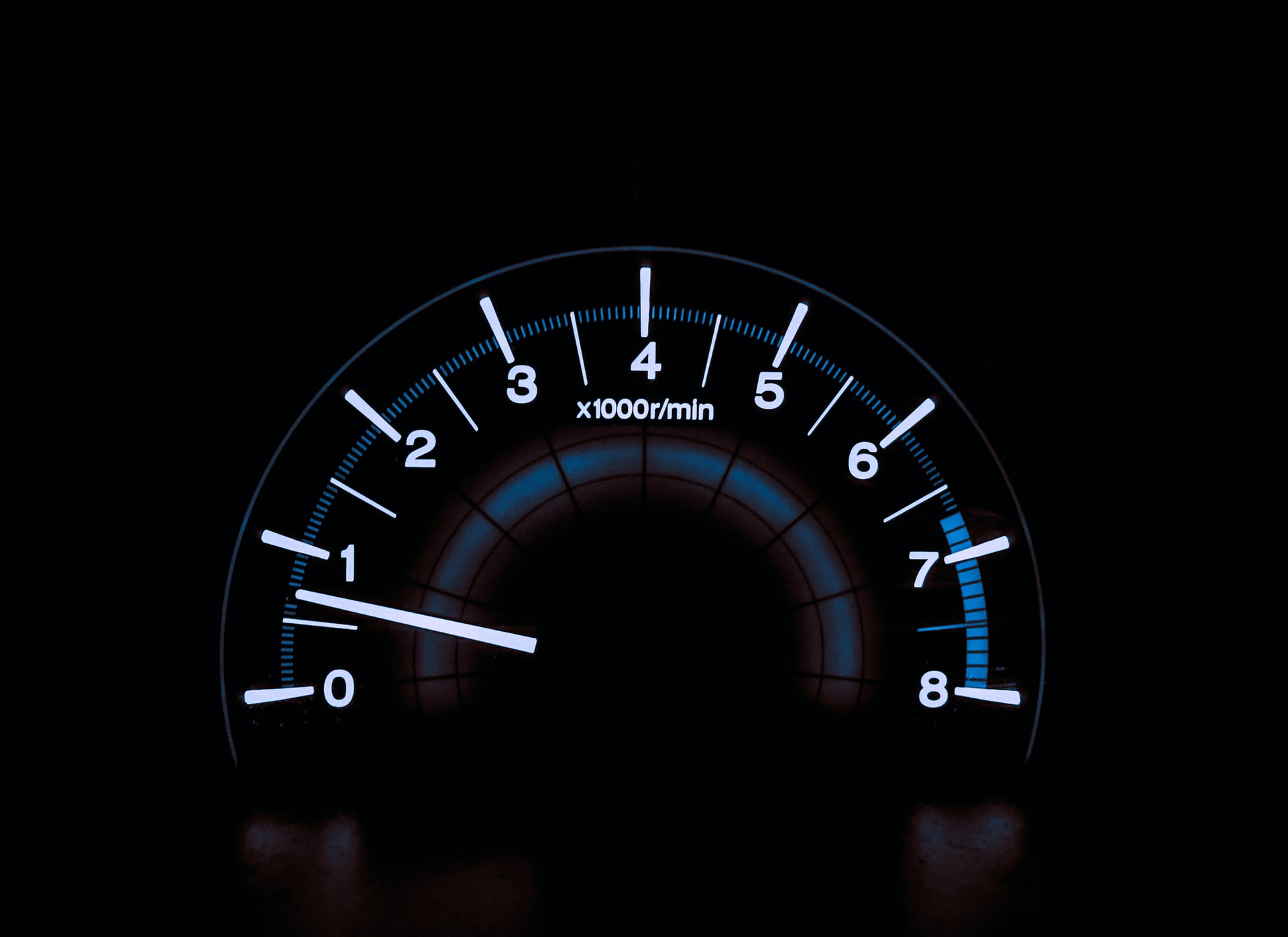 Website Speed: Why It Matters and What Should You Do To Achieve It 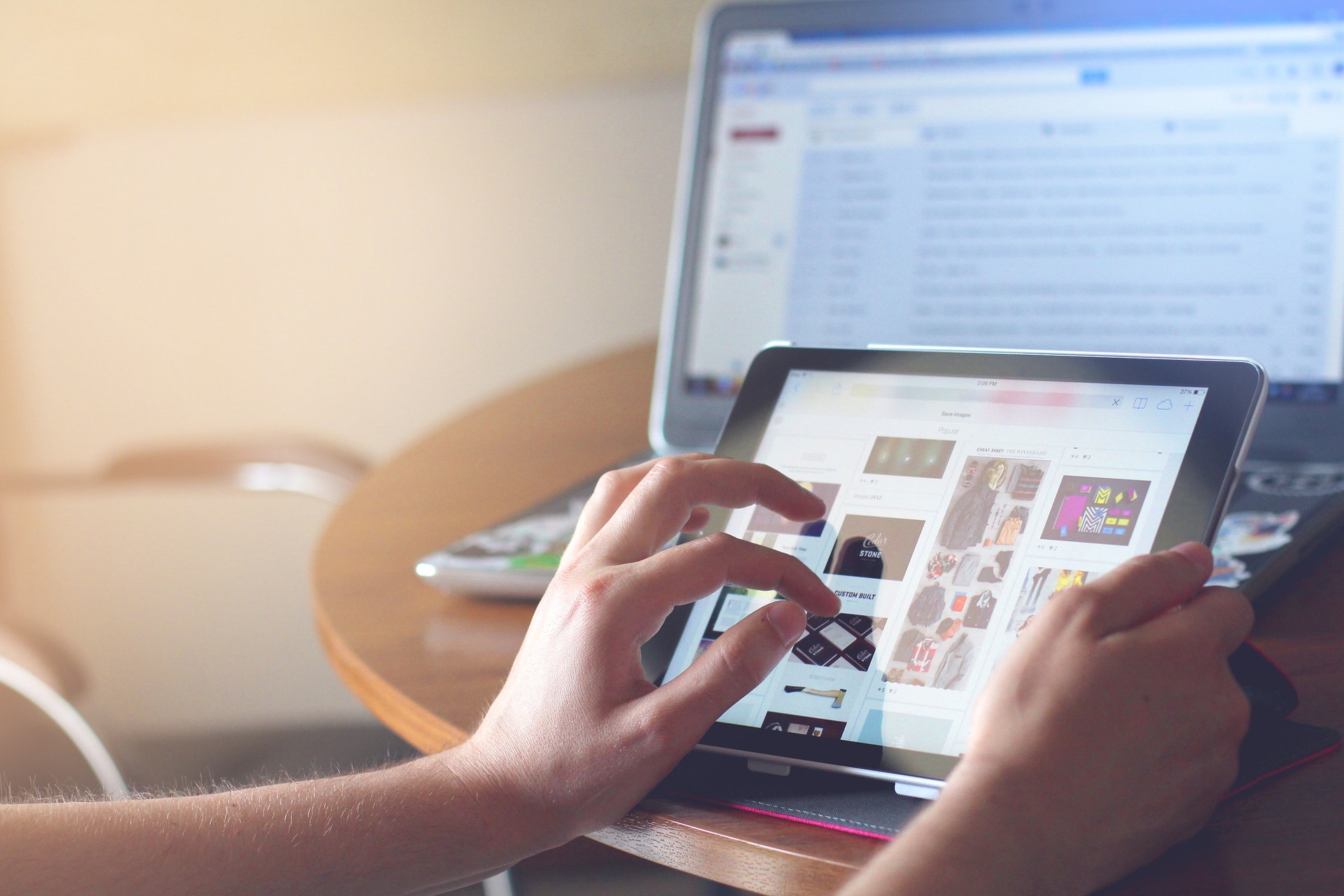